Processing of the Coir

Coconut plants grow extensively through the coastal regions. Coconuts are harvested from these plants throughout the year. Green coconuts, harvested after about twelve months on the plant, contain pliable white fibres. Brown fibre is obtained by harvesting fully mature coconuts when the nutritious layer surrounding the seed is ready to be processed into copra and desiccated coconut.

The fibrous layer of the fruit is separated from the hard shell by driving the fruit down onto a spike to split it which is known as the de-husking process. The fibrous husks are soaked in pits or in nets in a slow moving body of water to swell and soften the fibres. The long bristle fibres are separated from the shorter mattress fibres underneath the skin of the nut, a process known as ‘wet-milling’. The mattress fibres are sifted to remove dirt and other rubbish, dried and packed into bales. Some mattress fibre is allowed to retain more moisture so that it retains its elasticity for ‘twisted’ fibre production.

The coir fibre is elastic enough to twist without breaking and it holds a curl as though permanently waved. Twisting is done by simply making a rope of the hank of fibre and twisting it using a machine or by hand. The longer bristle fibre is washed in clean water and then dried before being tied into bundles or hunks. Although bristle fibre may be sold without further processing, it may be cleaned and ‘hackled’ by steel combs to straighten the fibres and remove any shorter fibre pieces.

Coir bristle fibre may also be bleached and dyed to provide buyers with hanks of different colors. To separate the white fibres, the immature husks are suspended in a river or water-filled pit for up to ten months. During this time micro-organisms break down the plant tissues surrounding the fibres to loosen them – a process known as retting. Segments of the husk are then beaten by hand to separate out the long fibres which are subsequently dried and cleaned. Cleaned fibre is ready for spinning into yarn in the home using a simple one-handed system or a spinning wheel. The final operation is grading before sale and shipping.

Processing of the Coir 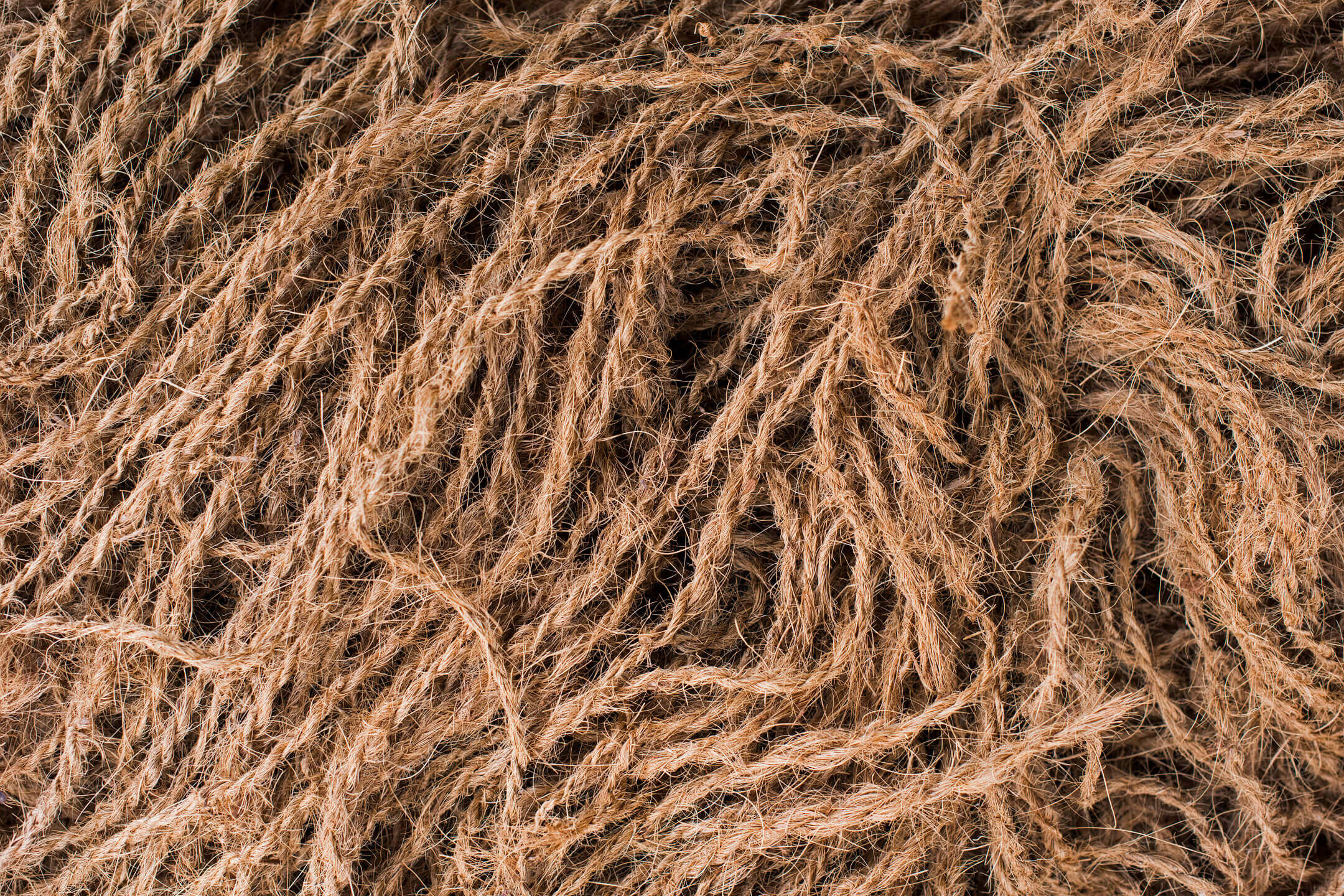 What is a Coir Mat ?